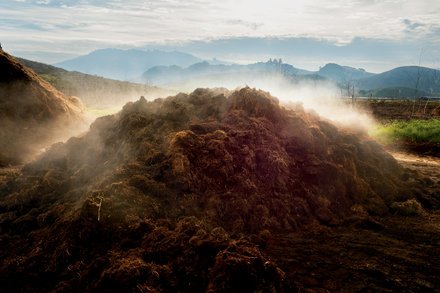 Can Dirt Save the Earth?

Agriculture could pull carbon out of the air and into the soil — but it would mean a whole new way of thinking about how to tend the land. 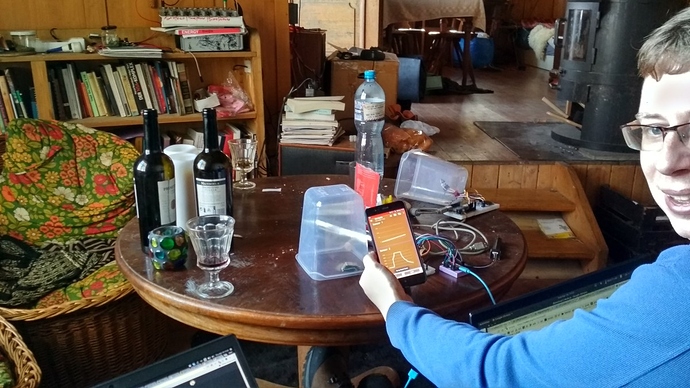 Got it all installed and now ready to upload some data from my phone. thx for the intro!

reading a bit more about that Soil Respiration on wikipedia…

Soil respiration plays a critical role in the regulation of carbon cycling at the ecosystem and global scales. Each year approximately 120 petagrams (Pg) of carbon are taken up by land plants and a similar amount is released to the atmosphere through ecosystem respiration. The global soils contain up to 3150 Pg of carbon, of which 450 Pg exist in wetlands and 400 Pg in permanently frozen soils. The soils contain more than four times the carbon as the atmosphere. Researchers have estimated th

@dusjagr @Pannu
The Arduino code for the respiration chamber is available over here
https://gitlab.com/our-sci/measurement-scripts/tree/master/mh-z16-randen/arduino-mh-z16-randen

The Android app is found over here
https://play.google.com/store/apps/details?id=org.oursci.android.ourscikit

First time you connect via Bluetooth you need to pair the HC-05 with your phone first. You need to do that in the Android system settings, the pairing code is 1234.

I created a Survey with a sample ID and location question over here:
https://app.our-sci.net/#/survey/by-form-id/build_Randen-Soil-Chamber-Measurement-with-the-Soil-Chamber-built-at-Randelab_1525625829

It will show up in the Android app as “Randen Soil Chamber”.

Let me know how it goes and keep up the good work! 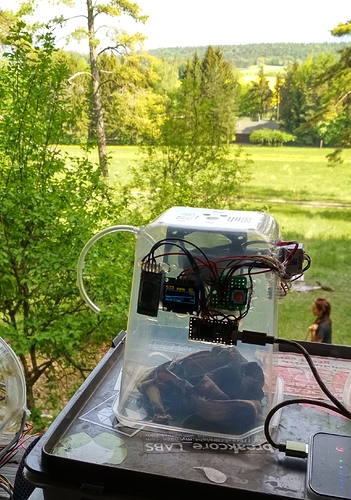 In the graph below, some tests with two sub-100€ CO2 sensors: Airsense K30 (I think 2000ppm model), and MH-Z16. MH-Z16 is about half of the price of K30. Shortly: they seem to have very similar response, suggesting that they work as they should.

Both sensors were inside the same chamber that was kind-of airtight. The air space inside the chamber was mixed with fans. Using 9V instead of 3.3V seemed to decrease the response time of the sensors considerably (this is good news). MH-Z19B testing was inconclusive, because of some technical-practical issues. However, it seems that MH-Z19B (the golden box and also the cheapest of the sensors) has in practice very long response time (some minutes), and it does not get shorter by ventilation. K30 can explain only about 30% of the variance of MH-19b, which is low. This is because of the problems with the experimental setup, and the very different response time of the sensors.

Anyway here is the picture, showing that in the today’s test environment the sensors respond very similarly (which is great news). 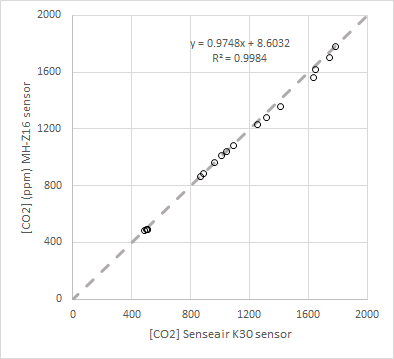 Edit.: Here is an additional picture of the measurement, just to get the idea what was done. 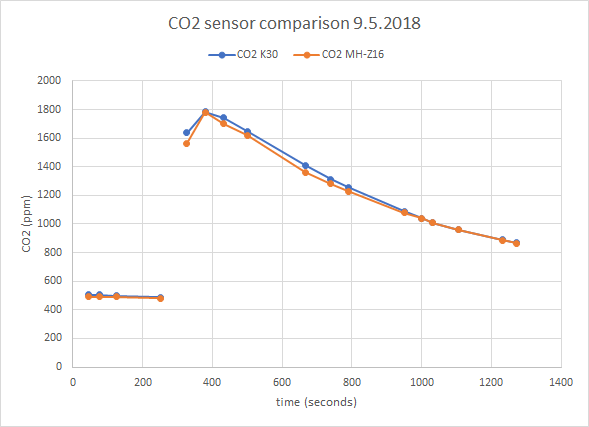 Should now be easier to detect trends in the curve.

i wonder what chip is on there. strangely the same system gets up to 120 $ on other ali-express sellers.

The sensor (T6713) looks really cool, it seems to have very low drift and does not require calibration. The sensor alone seems to be around 65 USD at least (mouser and co. ask over 100 USD).

Pretty sure the system for 40$ is without the sensor though.

hmm… maybe.
we should just try to order that ali thing.

about callibration… it says it doesnt need… bt that means it’s also in ABC mode. auto callibration. and it even says that the calibration doesnt work, in case you use it in low co2 concentration. the ABC assumes regularly vented houses that once in a while are at atmospehric average of 400, and uses this as a baseline.

Somewhere in the description of the cheaper kit, it says that CO2 sensor is not included.

Ideally, the sensor should be able to measure concentrations under 400ppm. This would mean that we could measure photosynthesis. SenseAir K30 can do it (but it also autocalibrates).

It would be interesting to do some further testing on the sensors, namely response time with/without a fan, response to CO2 concentration / temperature / air humidity / how does the calibration actually works. At University of Helsinki we have CO2 calibration gases, that could be used. Furthermore, we have some serious CO2 analyzers, that could be used as controls (although I have no contract, I have contacts). It would probably take a couple of days for some semi-serious tests. I could to it at some point. I now have K-30, MH-Z16. It would probably be a good idea to have MH-Z19B and T6713 as well.

Testing/calibration CO2 sensors is one thing, and the next thing to test would be the chamber + CO2 sensor combination. We have a test setup for that in Hyytiälä. It would take about a week to do some serious testing, so this won’t be happening instantly.

P.S. Related to open research (open science): Under the Hyytiälä web page, check the Open data page, SMEAR online data and https://openscience.fi. SMEAR II is the measurement station in Hyytiälä. The new version of the site is just put online, and some information still seems to be missing.

I am finally back to working on the Soil Respiration chamber. As i left all my working prototypes with you guys… @julian and @Pannu i had to make a new one.

still not so sure about how and if at all to make a PCB, wanna make some more tests first with hand-made prototypes. here is my newest creation: The BambooBox 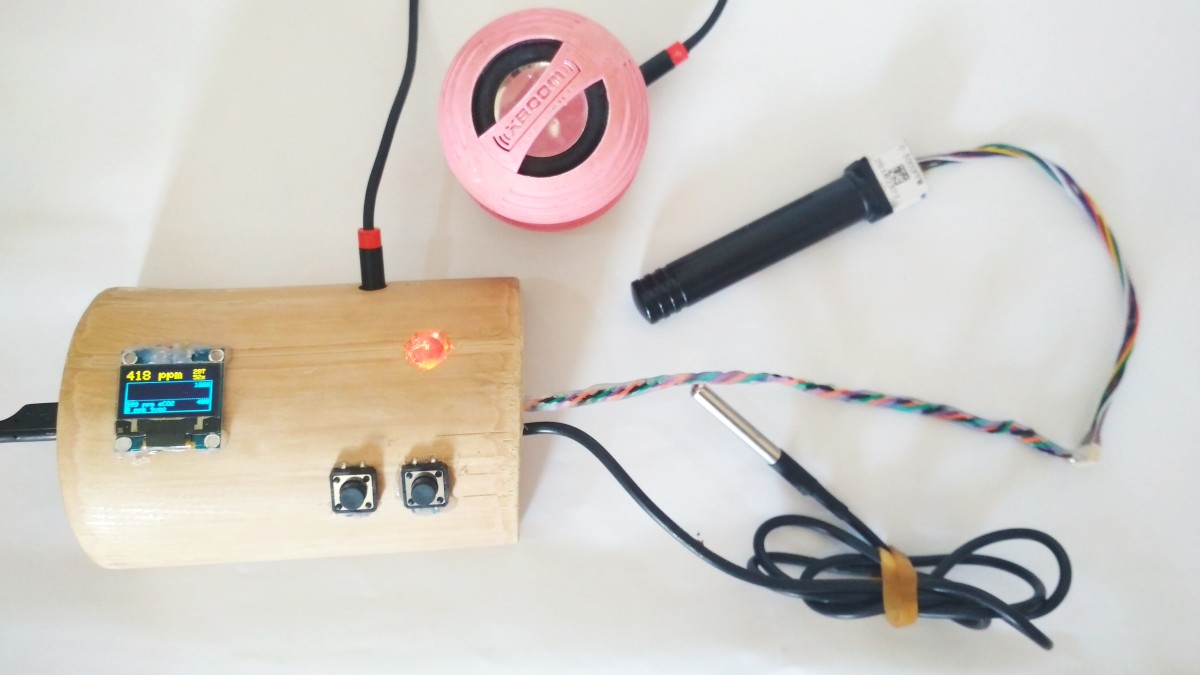 Using the same hardware connections as the KiljuBox, 2 buttons, audio-output, bluetooth etc…
this time i added the Dallas Temperature sensor on Digital Pin 6 to also measure soil-temp.
no more use of that other CS8211 eCO sensor. it’s crap anyway.

next week, tuesday / wednesday our friend mat from Global Urban Forest will visit jogja and we’ll do some testing and comparison. Really wonder what’s in this BlackBox! 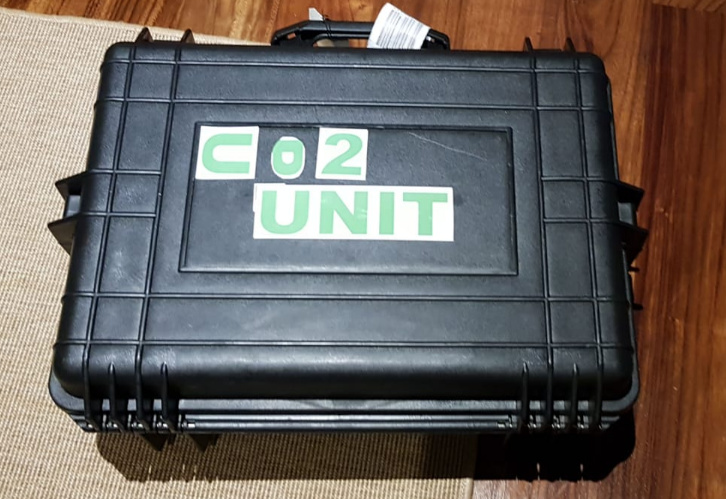 It would be great to have some remote video-calls together next week! especially on tuesday.
@gbathree
@manuel
@Pannu
@badgeek

Finally made that wiring diagram for the CO2 Soil Respiration sensor, aka BambooBox, formerly lknown as KiljuBox. It’s easy to reproduce, all components can be ordered from ali-express and only a bit of wiring and soldering is needed. 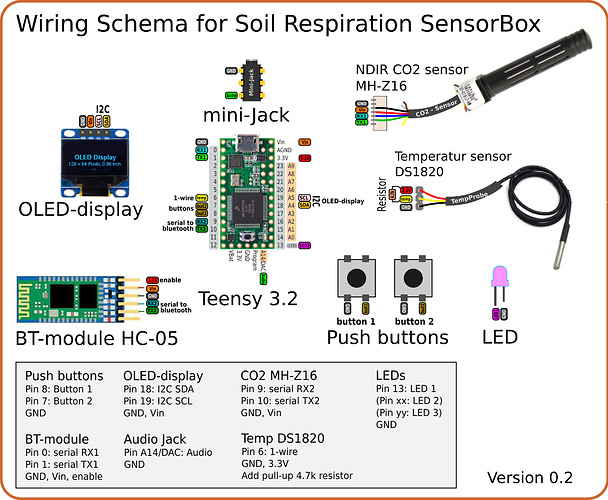 See the details of the connections to the Teensy here aswell, for reference and arduino code.

I have not done much with the system now, except that I discovered a problem with Bluetooth, and also that my multi-meter does not anymore measure resistance.

In my opinion it’s better to give a 12V fan 5V instead of 3.3V (and definitely not 12V). Normally the mixing (fan power) should be as low as possible, but with the MH-Z16, proper ventilation will improve the response time considerably. 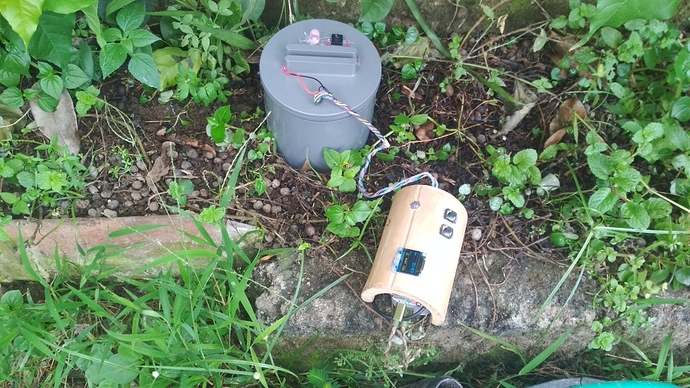 Had a great session with Matt from G.U.F. and shared some methods, visited local permaculture farm and made some playful measurements with our new hardware.

hi all
so finally we are moving on to replicate the soil respiration chamber ! Gracias @dusjagr for parts and inspiration!!
this is happening during the [first south american residence on open source scientific hardware] (https://docs.google.com/document/d/1Iwn80Kxkq6tbWW5aOjCxqlUG_WMCBb035RYIsCmUuJM/edit) thanks to Pablo, Ivan and Anabella 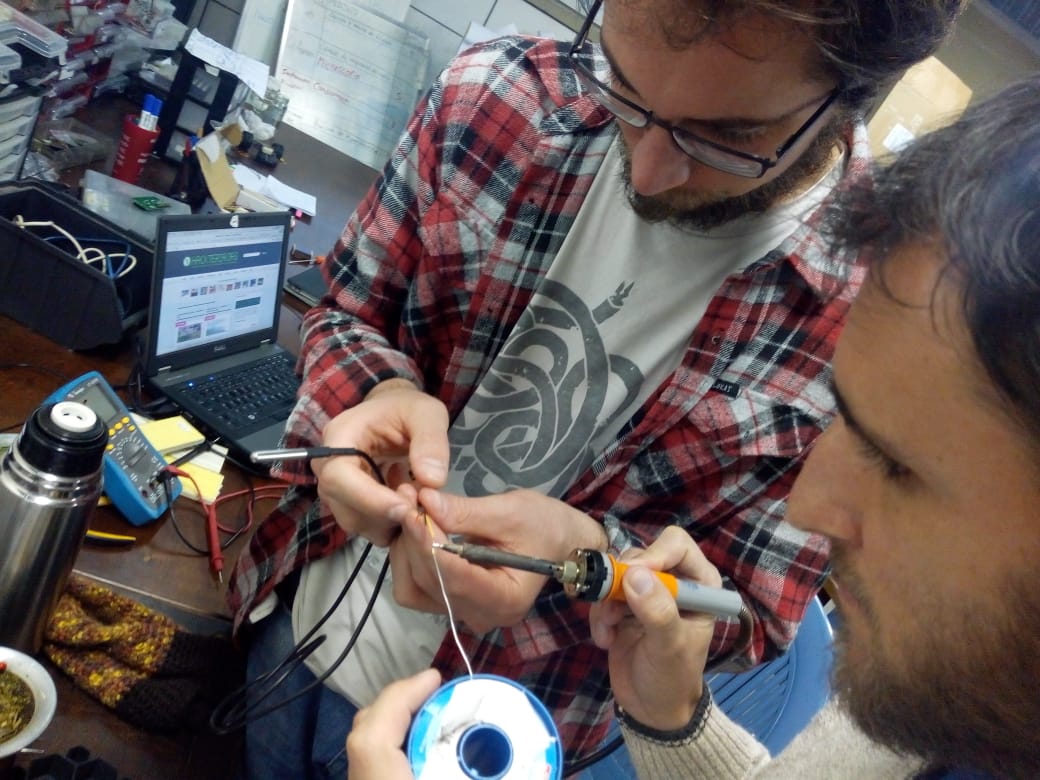 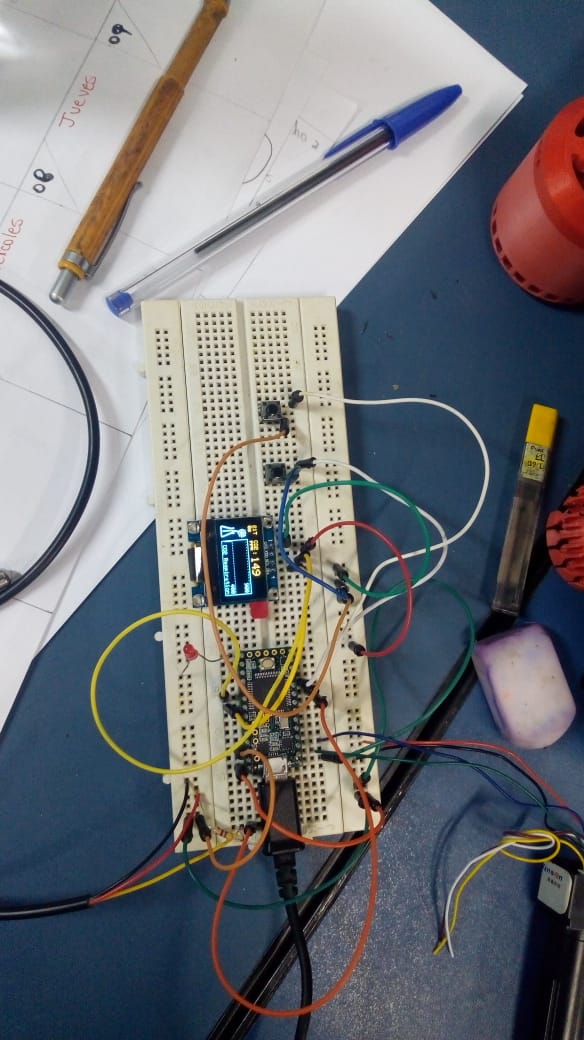 it would be so great to have a live humus sapiens experience in this side of the world, maybe during the 3rd residence in Mendoza on 2021 devoted to environmental monitoring and agroecology??

Thanks for sharing your project.
Yes, it would be great to have humus sapiens experience in this side of the world! I cross my fingers!

Regards to all from Buenos Aires.

great to see that the kit i gave you finally is in good use! i just recently fixed mine, but havent further explored it. it broke after all the global travel. so think about going beyond the breadboard soon, and make it robust. (maybe i broke it when trashing it on the table in openFIESTA

where will you document your epxierences? we still have more to do here on the wiki

also i just found another potential candidate for the CO2 sensor from Sensirion. The company is just down the lake from us in zurich, and i have some friends working there, so we could ask for a donation of… let’s say.y… 100 modules !!

Talking about residencies. happy to announce that I just got also a grant to plan ahead and prepare the program for HLabX involving a series of residencies, fellowships and an upcoming HackteriaLab. but not in 2027, … starting now today yesterday already ( a first residency is happening now here in Yogya with people from Taiwan), and more opportunities for exchange and residencies in the upcoming months.
rumours are on the wiki:
https://www.hackteria.org/wiki/HLabX-Taiwan

and HUMUS.Sapiens will be involved as one of the nodes for upcoming activities…
and…
our SoilGeek from Munich is having this campain on at the moment: 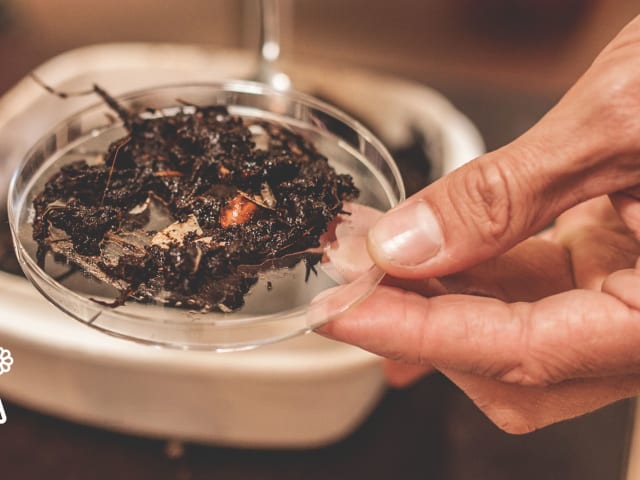 they have already a nice pcb! and they are thinking about a calibration with NaOH for the zero point and for the span points, the CO2 generated from the reaction between citric acid and sodium bicarbonate caught with a known volume syringe (I’m not there so I really don’t know how they will do this but hopefully it will be documented so… )
one question, they are not sure about the use of the use of the ventilator in the chamber? is it really necessary to get an homogeneous atmosphere? I will invite the residents to join the forum so they can comment and ask directly

Yeah, we need some donated sensirions to play with!